my natural hair is insane.
but i miss it.
i miss the ability to scrub my head while taking a shower.

because of some damage/breakage, i have really short hair on top.
to fix this, my stylist adds fake dreads.
but cuz the hair is weak..they just fall out after about a month.

so right now there's no way i could wear my hair down..
because there are no dreads on top.
it sucks.

sucks so much that i'm seriously considering (again) the big chop chop.

Don't know if this has anything to do with the new theme. But there are dreads on the pics and well....dreadlocks are love. So...

I made my husband take theme picture with me before bed last night.
They're not exactly 'not work safe' as they contain no nudity- but if you dont want to get dooced, Id suggest waiting. (they're not bad at all- I just dont want to get anyone in trouble)
( Collapse )

( Collapse )
right guys, the time has come. this weekend i'm knotting up! and i'm so excited! i'm a tad nervous too since i'm starting to worry they won't suit me. but bah... i don't care.
it's going to take a long while so we've allowed three days/nights to do it. so come tuesday i should have pictures of my dreadies to whore about ^-^
until then, ( Collapse )

"Love is not the product of thought which is the past. Thought cannot possibly cultivate love. Love is not hedged about and caught in jealousy, for jealousy is of the past. Love is always active present. It is not `I will love' or `I have loved'. If you know love you will not follow anybody. Love does not obey. When you love there is neither respect nor disrespect. Don't you know what it means really to love somebody - to love without hate, without jealousy, without anger, without wanting to interfere with what he is doing or thinking, without condemning, without comparing - don't you know what it means? Where there is love is there comparison? When you love someone with all your heart, with all your mind, with all your body, with your entire being, is there comparison? When you totally abandon yourself to that love there is not the other. " - Jiddu Krishnamurti

My Choune is away from me now so all I have for love right now is this little piece of cardboard.

i had a really amazing experience this morning.

as i was pulling out of my driveway - 7:30 in the damn frigid morning - i saw someone walking in the street. and i did a double take, because it was a girl with gorgeous long dreads. on instinct, before i had time to talk myself out of it (i'm a very shy person generally), i pulled up next to her and rolled down the window and called out, "hey, i love your dreads. they're beautiful." she smiled and came over to talk to me, and i ended up giving her a ride across town, because i was going that direction anyway. we talked about dreads and music, and it was just... really awesome. we agreed that we hoped to see each other around again, and i dropped her off and went to school.

it wouldn't be such a big deal to me, but i never do stuff like that. and it turned out to be such a good experience... it really made my day. 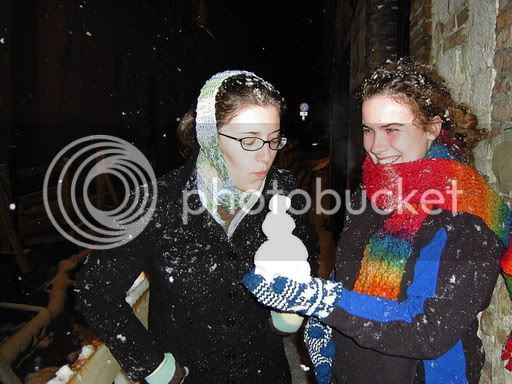 p.s. sometimes i think about chopping my dreads off, just for a change of pace. but then i go on livejournal and there's a million new posts from this community filling up my friends page and then i can't bring myself to even think about chopping them off. so thank YOU guys for making me still have my dreads!
^that's why dreadlocks are love^
So i finally have my computer, my digital camera and my camera cord all in one place at the same time. :) so that means new photos!!

They're getting longer and blonder!

Also tonight i'm going to see the Jimmy Swift band. i seriously reccomend you guys to check them out. Espically these songs: "the 80's runway model", "running high", and "two hands on the wheel". here's their website: http://www.thejimmyswiftband.com.

Hey yall, I stole this picture of Contentedbeing for a photodigital assignment, so here it is: heh its nothing amazing or anything i just thought it looked wicked cool: