reccomendations for reading would be great about now.

im into pretty much anything so...comment with some suggestions.

Ok, here is the low-down.

If someone had a disagreement about your dreadlocks, that is NOT an insult. Yelling about having or not having "real" dreadlocks is a stupid ass argument. It's stupid. S-T-U-P-I-D. You all look good and I don't care if you call them chickens. So please stop getting bent out of shape when people you've never met before make a judgment call on something as trivial as hair. No matter how spiritually connected you might be to your hair, the path of peace is also more important than trying to convince someone online that you have a certain hairstyle. And if you just like the way they look, then why does it fucking matter what you call them?

We all know that there are different ways people define the word "dreadlocks". The only way I can ban someone for saying you don't have "real" dreadlocks is if there was a community definition of the word. And if I made a community definition, then a lot of people would be unhappy. So when you post your pictures, you leave yourself open to comments from people who might not agree with your definition. Bottom line: Learn to let shit slide. In a place with 1200+ people, disagreement is bound to happen. Debating is fine and if you don't want to debate, don't. No one says you have to comment back. Or politely say you don't wish to debate and then STOP RESPONDING TO THEM. Stop! Because if you continue talking, you are now involved in the continuation of drama. If someone is out of line in your post, send me a link (jgrier at gmail dot com) and please don't delete comments or the post. It makes it harder for me to see who started the drama.

Once again, it's just fucking hair! I need a back rub so everyone shut the fuck up, enjoy your chickens and play nice, goddamnit!

It's always a hard decision to ban someone from the group. As a whole, this community doesn't have a lot of drama. There are small fires occasionally but overall I'm proud of the maturity of the group. But you need to know a few things about me.

If you're in the habit of saying words for shock effect that might be conveyed in a hostile way, take note. If someone takes offense, I'm more inclined to listen to them even if it was just a joke. If it's a joke, it's not funny. I never want to tell an offended person that your negative language was a joke so they need to "lighten up". I understand all too well how much damage hurtful language can cause. Also your language in the middle of an argument tells a lot more about your personality than your daily journal or any of your icons. And if you’re the type of person who makes wild negative generalizations about a group of people, I’m not sure you’re welcome here.

So if your comments/posts can be seem as heavily racist, homophobic, sexist, classist, and/or extremely religiously intolerant, you will be banned. Yes, this is censorship. But it's no more than you'd have at a job or in a public restaurant. But the last thing I want to promote is a hostile atmosphere. Take that negative energy to your own journal. It's hard enough to make these decisions when both sides are talking about free speech. But I'm very serious about this subject and there has to be a line. This is probably the only time I won't ask for community input. Have a good day, all.

On a happier note: Don't forget to vote for/against t-shirts!

And to lighten things up...

If you want to promote a community/website/whatever feel free to comment below.

Alrighty, since I live on my computer and even more so on LJ, I'm here with my 13 day old dreadies that as of today, I'm gonna stop putzing with!

Hello people. I'm going natural, and havn't combed my hair in almost 2 weeks.
It's not long, but my first dreads-to-be have started forming. They may just be knots but I'm already so proud of them.
I just can't live without dreads. My hair just feels so dirty all the time without them.

Anyway, the point in this thread is for me to ask when is it a good time to start ripping (if ever)? 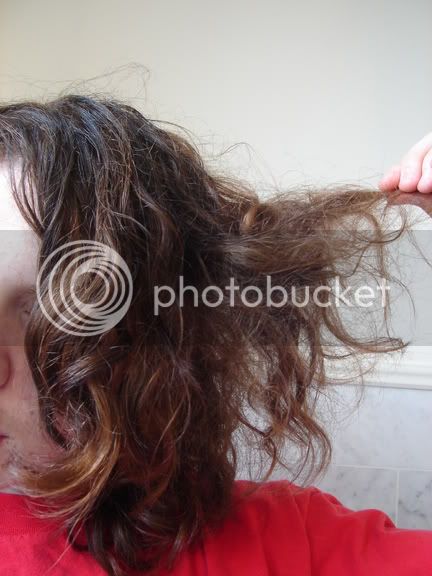 more pics and text
ok who lives in the south? besides me and

pyrogoboom75 there seems to be a serious lack of dreadness.

is ther eone planned for anywhere near atlanta?

anyone else in southeast florida? i've hijacked

goingtomontreal's thread here & figured i should see if anyone else is within driving distance of pompano.

ps being near me does not mean you are invited. :D love, elitist asshole lish.

It seems like I've wanted dreads forever. My grandparents and aunts were the only ones stopping me. Now, I'm out of college, and living with my mom who has no problem with dreads and am free to grow them, except I have one problem- how do I start growing dreads?

( Collapse ) Can anyone recommend a method that could work for my short natural hair? And could anyone also recommend products (like a good shampoo and wax) that I can pick up at a local store perhaps? Do any other women of color here have any advice or could recommend a relatively inexpensive stylist (in the MD-DC-VA areas) or a method they used?

Thanks in advance for any help any of you can provide.

ok, so...... for this new england thing, how about...
laser light show at the science museum in boston!

they happen on friday nights...

if anyone's up for that we could start figuring out everything else...

Hm.. I wonder if anyone who rocks their locks knotty lives in Wisconsin? Or maybe I'm the only loser to reside in such a place.

Does anyone knows this love-hate relationship between somebody and his dreads?

I hate my dreads because they dont want to look how I want but in another way I love them and I never would cut them.

as promised, here are my feelings about knottyboy's "locksteady tightening gel". this review covers only a couple of weeks, but time enough to apply the gel, wash it out, then reapply onto test dreads.

initially palm-rolled into damp dreads, i didn't notice it working until i was driving around the next day with the top down & the sun on my head. at that point, i realized the test dreads definitely felt tighter, but tight by way of the horizontal - meaning, hairs sticking together as length instead of shrinking up to cause tightness on the vertical, as it were. in other words: if you pick a point on a dread & pinch it, the gel makes them feel tight that direction instead of how knots feel tight. i find this completely unsatisfactory, because if the lock is being held together in this manner, it's not going to move & continue dreading. the question is if the gel eventually works like saltwater: if it causes the hair's cuticle to become ragged, which WILL cause individual hairs to knot more easily. that's a more long-term question than this review can answer.

however, for areas that won't stick together, like the tips, the gel has been fantastic. these areas you WANT to stay together on the horizontal instead of splaying out & possibly untangling (especially after showers). i've been quite happy with the extra hold on the tips.

the gel does seem to dry the hair a bit, but in much the same way that saltwater does. i haven't noticed any particular conditioning benefits of the aloe yet, but i've been doing a lot of palm-rolling at the tips & haven't had more noticeable breakage of strands, so i may yet be able to report a slight conditioning effect.

a plus: it does cause loose hairs to cling tighter to their relative dread & it washes out nicely, so a one-day (or until-the-next-shower time period, i suppose) tidying of dreads could be easily accomplished with a run-through of this gel without worrying about it flaking nasty & gooping up long-term. i noticed NO problem with flakes or gunk, even on the tip i went rather heavy on specifically for this purpose.

another plus: it smells fantastic, very clean & lime. no problem there.

so, yes, i've found the gel has positive uses, but they're not exactly as the label claims. (which is how most things work out, i suppose.) jaki, feel free to memories-ize this post for those in the future with interest in product.

i just wanted to thank

ohsohumpy for her advice about sewing loose hairs back into the dread with a large darning needle.

without the distraction of doing so, i might never have survived 2 and a half hours of my boyfriend's linux user group meeting the other day.
No timeline, scanner broken :( But I have pictures anyway you lucky folks you :p

Is it just me, or do you always get hit on by REALLY CREEPY SLEAZY OLD MEN?