hey you guys. my boyfriend got his dreads yesterday, and i really like how he looks with them. the only problem is, i don't think they turned out how he would've liked. i wasn't personally with him at the appointment(he got them professionally started) so i don't know all that happened. but according to him, the lady gave him a "dread perm" and then only backcombed the roots. she also used hair gel and hairspray, and then twisted the rest of the hair. she piled alot of accelerator on, too, so the dreads are hard as rocks in some places. another thing i thought was strange was that she flatironed the ends..is this normal? some of the dreads look like shoelaces..

yesterday he was sort of upset, he's really scared they're going to come out. i don't know what to tell him- they definetly don't look like anything i've ever seen, but i'm trying to make him feel better about it. i just don't know if she did them right..anyone else have experiences like that?

(ps the lady was ethiopian..i don't know what that has to do with anything, but my boyfriend kept saying that.)

i also have a before picture, just to show you. the lady was in a "big rush" because she wanted to get to lunch on time..? his hair was crazy thick, and i thought it would've taken like three hours to do them properley..this lady finished in about 50 minutes.

So I'm hoping to finally get dreads this weekend, but I have one more concern before I do: sex hair.

I know this is kind of a strange question, but I get really bad sex hair - the entire back of my head just wants to matt together. Is this going to happen to my new dreads? Will they all want to roll into one big beaver tail or something? Or will they stay separate pretty well no matter what I do to them?


Thanks.
A few pictures...none really show my dreads, but they were happy pictures taken on a happy sunny afternoon :) My dreads are now just over 2 months, getting so incredibly tight, i dont have that many dreads which is annoying and they arent all that thick. I have loose hair galore and people keep coming up to me when i have them tied back and saying "you're dreads are coming out aren't they?" it's irritating because my dreads are so tight, its just the frizz that doesnt make them so visible when tied back. I just make the person feel them...then they change their mind. But i love my dreaddies all the same. :) hope you're all doing well xxx

I redid my dreads recently...

This is how it was looking 3 weeks ago: 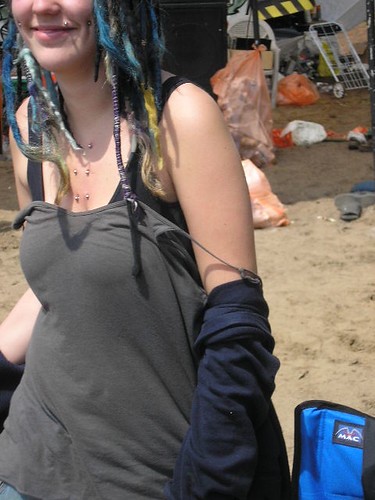 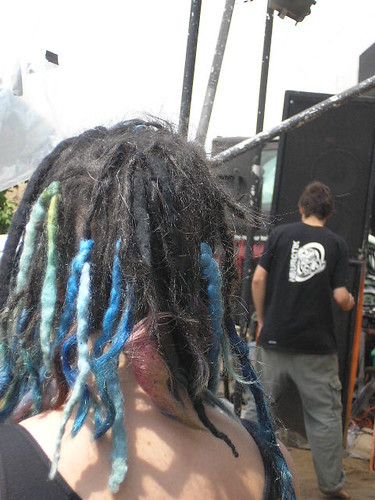