Alrighty.  So tonight I went ahead and bleached quite a few of my dreads.  I know this is probably a stupid think to do, but first off, I used Clairol's strongest bleaching product.  Then I used some toner that I'd had from previously dying my hair which was a whole other brand, but which didn't have a strong conditioning agent as a means to keep my dreads from completely coming undone.  After using the toner though, I noticed some kind of wax-like build up on my scalp.

It hadn't been there before, so is this a reaction from my using two different products?
Do you think this could damage my hair or dreads?

& I seriously promise to actually research the topic before diving right in next time, haha!
I mostly seperated the dreads that were matting together at my scalp. I only mostly got them apart because my scalp got sore quickly.

However, they do look better. I'm going to do the seperations as a gradual thing. Aside from that, my dreads are coming along beautifully, if I do say so myself.

After seperating them, I decided to root rub one of them. Root rubbing sucks! It made me lose about a half inch of knottyness at the root of that dread.

Oh, and I showed off my dreads to a couple friends last night. They'd only ever seen me wearing a hat. One friend's reaction?

"Oh my god, you have dreads? That's awesome!"

It doesn't seem that special, but considering the opinions I heard from my former roommate, it's a nice change.

Earlier I saw a picture of myself without dreadlocks.  I was like, 'That must have been weird...'

Just sharing.  How is everyone?
Dreads + Wine = daft photos :)

So I had some purple in my hair for a long time now, and I wanted to try something new.  So last night as a spur of the moment idea I bought some blone dye and went home and went nuts!  I'd already had some blue though, so I just added some of that in too!  I love the messy feel -- I'm all about messy non-uniformed type hair coloring =-D

There are a tons more pictures, so beware if you have dial-up!!!

my cat missed out on the whole pet theme, so i figured better late than never, aye?
the dreads are 11 months, they turn 1 year on october 20. =) 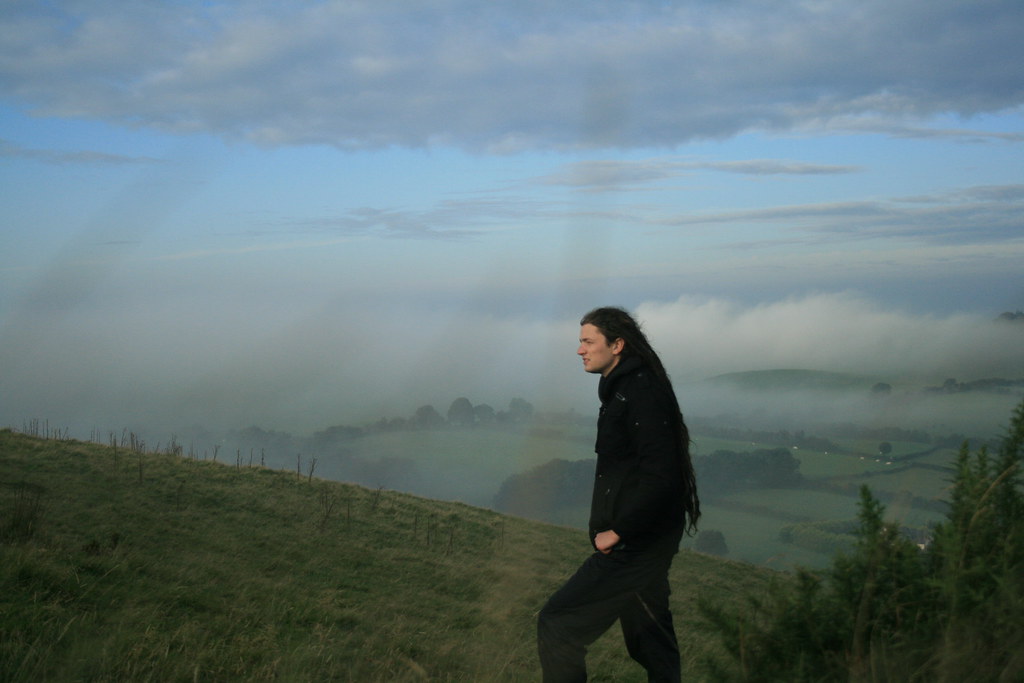 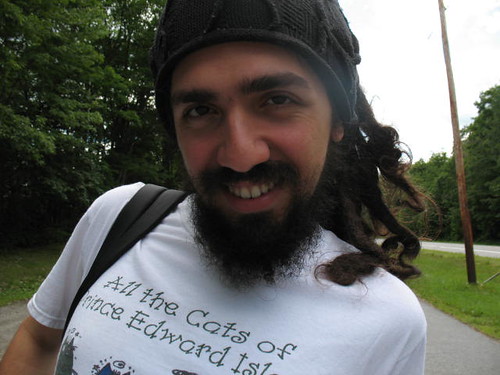 oh and something i forgot to mention in my last post:
this semester of school ^mister man got a JOB TEACHING AT SUNY New Paltz (state university of NY @ New Paltz).
His parents, all summer, were like, "you better cut your hair. you're not going to be able to get a job . . . " etc, etc and well--- he did it. he now teaches a guitar class and he's also supervising an undergraduate music therapist intern.  because it's through a state university, he is working for the state-- getting 6 grad credits paid for, and getting some extra cash. AND he didn't have to cut one.single.hair.
my roommate dreaded my hair today. i love it :)