Totally random dreadlock-infused art scribble thing.
I actually stopped being lazy and coloured it, though
I probably should've worked out the wonky proportions
first. After that, it was too much fun with burn/dodge
in Photoshop, which results in unrealistic shadowing...

I'm babbling at this point. ( Collapse )

so i've been thinking for a while about putting my hair in dreads, and now it's finally long enough to do so (my pic is from almost a year ago). i know how i want to do them, the products i'll be using, etc. my problem: my boyfriend. he is vehemently against me getting them. he thinks they're ugly and gross. i tried to explain to him that they don't HAVE to be ugly, and they're not SUPPOSED to be gross. he will hear none of it. he's remaining adamant. if i do this, he swears he'll break up with me. idk if he's serious or using that as a threat in hopes that i won't. at that, i reeeeally wouldn't care to break up with him anyway, i'm just not in a position of being able to do so.

anyway, i was just wondering if anyone had any tips for convincing him to be pro-dreads. 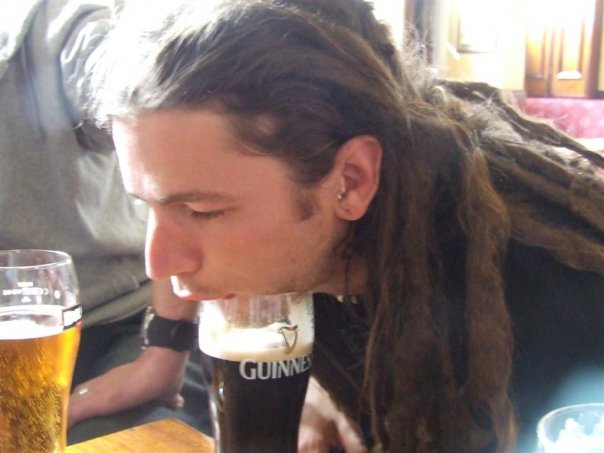 ( Collapse )
When I get bored I like to take pictures of myself.

I'm gonna get drunk on white russians and pass out now.

I have a funny story.

So this weekend I was doing this native grass seed collection for a restoration project. I was picking big blue stem seeds - grass which was 6-8ft tall. I neglected to wear a hat and got soooo much grass seed stuck in my hair. I'm not sure I got it all out and am kind of worried about grass growing out of my dreads. Wouldn't that be something?
Collapse