My boyfriend got his dreads done at a salon last week. He ended up paying $200 and it took five hours. The salon was an African American salon and my boyfriend is causasion so I'm not sure if that had anything to do with how they turned out. But they are braids with rubber bands on the ends. He said the hairdresser backcombed them a little and also palmrolled them, but I've been a member of this community for a long time (I do not have dreads myself) and I've never seen any dreads done that way before. I know it takes time for them to form, but he's worried about how they will turn out. He doesn't have a good picture but I'll post one if I can get one. I twisted the braids and palmrolled them with beeswax last night. I'm not sure what else he can do.

I played a show on Friday night, and Avy got some pics... this one is pertinent here. 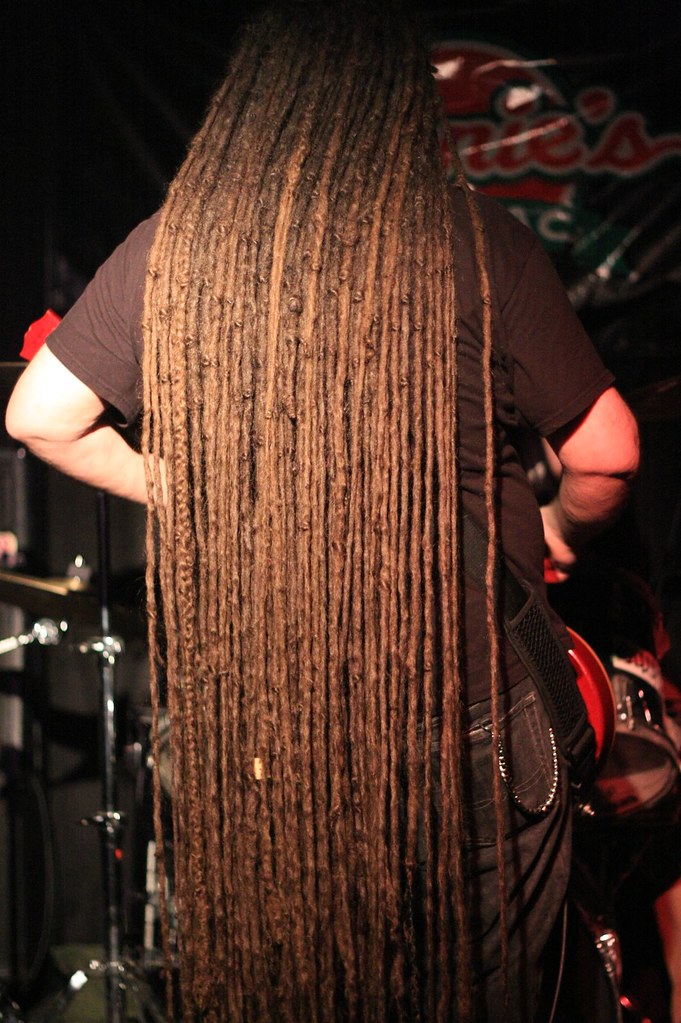 Others that are cool, but not necessarily dready, under the cut...

heres a bunch of pictures from a fundraising gig on we went to on saturday. Do you name your dreads?

I've got a few with names, but one I'm especially fond of, Quinton. We call him Quincy until he grows up to be an actual dread... my cat bit it off a few months ago. He's grown from about an inch long!

Share the names of your dreads, and the story behind them!
Collapse