So little while ago we went to renea's house so Jen could get pics of birds, cause we have a few cats so we dont have many birds at all. 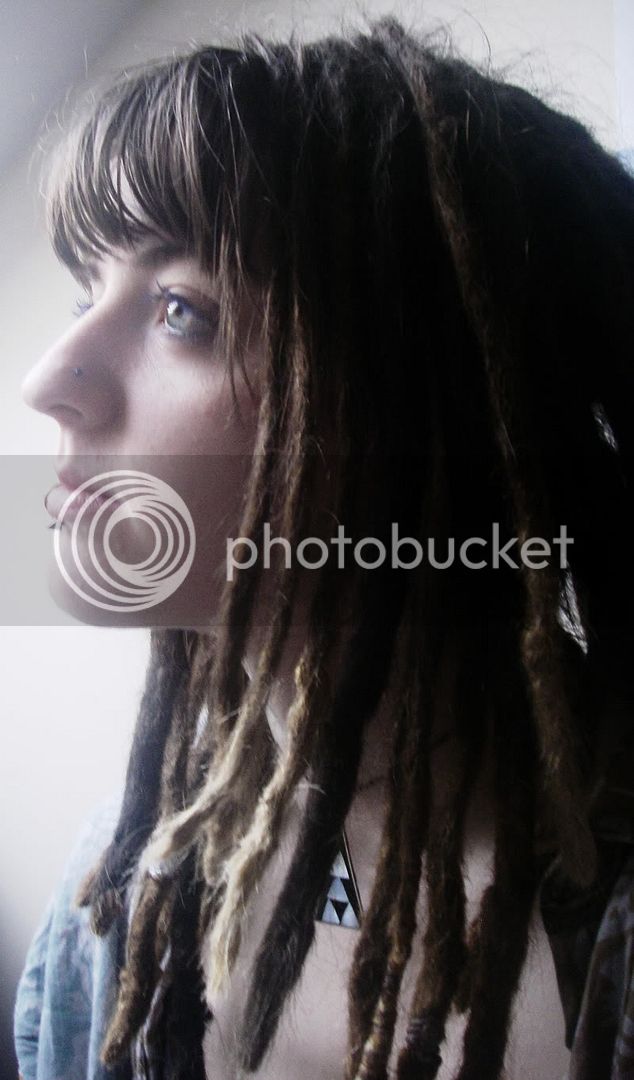 so my dreads are about two months old now...i think. it's amazing how much they've freed me from the typical perception of beauty and how much they've already changed me as a person. first off, i couldn't fathom not washing my hair everyday or at the very least every other day and having to blow dry it for it to look nice, etc. second, i work in a customer service center as a bookkeeper/general peon at a local grocery store where people told me daily how beautiful my long blonde hair was. which was nice but i hated hearing it and getting enjoyment from those sorts of compliments. it made me feel a bit conceited and narcissistic. anyway, dreads were the perfect solution to freeing myself from that whole preconceived idea of beauty, plus i had always wanted to try them. i also, as i'm sure many others with dreads wanted to have some, even if minimal, impact on the general public's preconceptions about dreads. i will be honest and say that i had no idea about them until i met my boyfriend and he answered every stupid question i had, excitedly to. his enthusiasm wore off and i began turning over the idea of getting them myself. finally, i decided after about three to four months of thinking about it.

It's been about a month since I posted, and this is a pathetic excuse for a post, but here I am. I was hoping to get out and do some outside photos today since it's been really nice out, but that didn't happen. :(

This is pretty much how I always wear my locks now. Quick and easy.

Heyyyy, I've been so M.I.A. lately, but I'm trying to catch up on the dready hotness. School has been stressful this semester, but I'm done (except for finals) and I'm ready for summer. Plus, I just realized my dreads turn two and half years this month. Whoa.