But seriously, if you're in the New York area come down to 33 St Mark's Place and get some ink did. Plus you'd probably be able to say hi to me which is like, ridic.

EDIT: I changed some of the pictures because I felt like they were more relevant. deal.

I started my dreads a couple days ago, and so far they're coming out really good. Does anyone have any do's and don't's that would be helpful for me so that they keep forming good?

i'm working on a tutorial in the midst of trying to move out of my apartment. haaa

We hit the beach this weekend with Small Bear.

This is relevant here because you can see my hair pretty well... sitting in the sand.

No fair making fun of my white legs. Yes, I know they are the whitest legs in the history of everything that ever was. 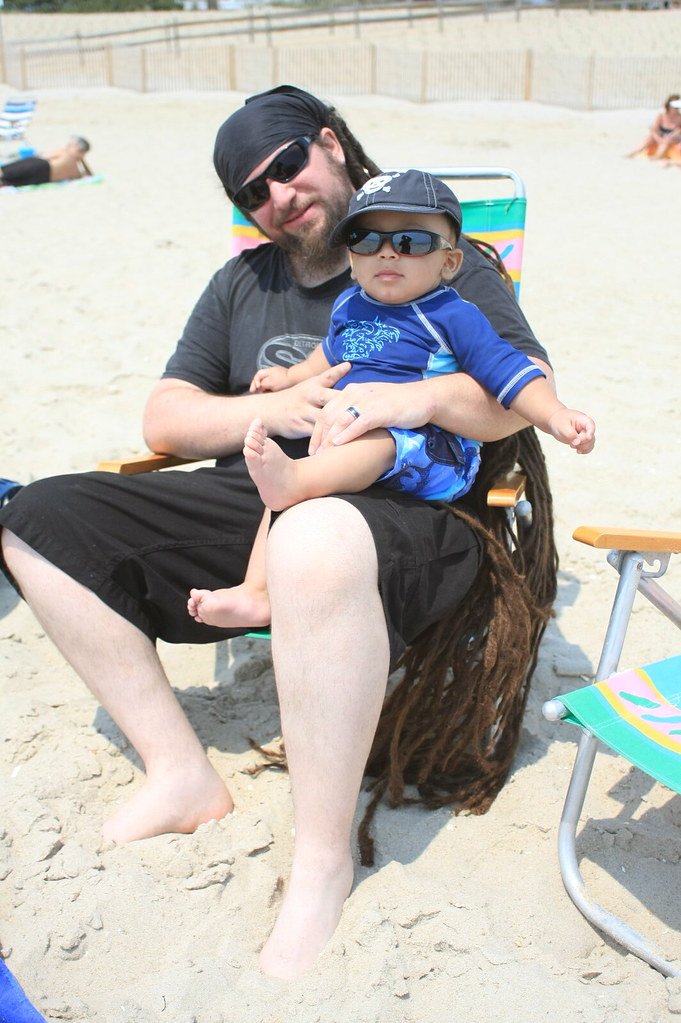 Also... Small Bear is cute... allow me to demonstrate.

So my dreads turned 3 months the other day, and this is what I looked like when I first woke up.

I stumbled across photos of singer Valerie June on another hair blog I check out. Her free form locs are AMAZING. just wanted to share :)

for some reason the video skips when i put up the original style i was trying to recreate. so annoying. here's the photo ( Collapse )

I first dreaded in February of '08 and then in August moved from Oklahoma to Virginia. I haven't posted since my dreads were babies, but I have been lurking! I brushed roughly 2/3 of my hair out when I moved because I was afraid I wouldn't be able to get a job with them, and at that point I REALLY needed a job. So I brushed out enough that I could conceal them both down and in a ponytail and it's been like that until tonight. I'm secure enough in my job that I don't need to worry about having to find a new one soon, and they're cool with alternate hairstyles. I dug up a video on backcombing,tried to demonstrate it as well as I could, bought my roomie some soda and a pizza and he gave me dreads again! So once again I have some soft, snuggable baby Cheeto dreads, and the older more mature locks in the back (one year and three months!) finally get to be seeeen! Well...through all the loose hair, maybe. When I combed part of the hair out in August, I stopped brushing then, and I was really surprised at how much hair had been slowly claimed by dreads and was starting to dread on it's own in little pieces here and there. It was pretty sweet, actually. Anywho. The older dreads:

I know the dye job is bad. :( but my roots were growing out black and I got my colorblind (srsly) roomie to help me try and fix the blonde tips. It obviously failed quite a bit, but I don't mind that much, so I doubt I'll end up dying over it. :P ( Collapse )
Collapse