Watching some ani video's never heard this song but I love of course! I think she had a amazing locks :DD I think she just inspired me to add some more dreadies to me set :)) woop woop

JUST WATCH IT U KNOW U WANNA

Tonight while I was doing cardio at the gym, all sweaty and out of breath, this really handsome trainer comes up to me and says, "I WANT DREADLOCKS!"

I had my headphones in, so I was a little startled, but gave him a big smile.

I let him touch them and he asked me where I got them done. I told them I did them myself and he asked how. I told him it might be a little different on his hair and he said with a sly smile, "Is it cause I'm black?" I laughed and said yeah and then briefly explained sectioning and backcombing to him. He asked me how old they were and I told him over 2 years. He was like, "WOW! They look so cool!" and he touched them for the whole time we talked.

He asked me if I knew the other trainer there with dreads and I told him that I happened to go to high school with him and that his locks are awesome. He agreed and then he asked me if I get a lot of weird comments because I have dreadlocks and I'm white. I laughed and said sometimes, but most people are cool.

He touched them again, shook my hand, introduced himself (I feel so badly because I forgot his name!) and told me my hair was "bitchin'". =D He said he wanted some again and I told him he should definitely get some!

It really made my night. I love it when I get good reactions to my hair because living in the south I get a majority of shitty, mean looks (and often comments) by people. And as silly as it is it made me happy that a black man was so excited about my hair because at my clinic I get a lot of bad reactions from black folks. Just last week when I was there I got told yet again that white girls shouldn't have dreadlocks and that I was stealing the culture. Wow, that's a new one right?

The rest of my workout I had a huge smile on my face and when I saw him again as I was leaving he smiled huge and gave me a big thumbs up. LOVE IT!

And so this isn't text only...

Oh! And I just remembered that also the last time I was at the clinic I had TWO people ask me about my lobes. Apparently people think they are pierced at such a large gauge? WTF? I never thought about that. XD I had to explain twice that no, they were pierced like a normal ear piercing and that I slowly stretched up to this size. I didn't bother to tell them how larger lobes are done. I just thought it was funny that it had never occurred to me that people might think that. I guess I understand why I get so many shocked reactions to my ears, and they're not even that big!

Hokay.  I've hit the one week point.  I have parts of my head that just will not hold a dread!  Mostly the sides of my hair like, the hair I would normally always push back over my ears and outta my way, and the hair mostly at the nape of my neck and moving up the back of my head about 3 inches.
I backcomb until it's as tight as the dreads that are holding...and within about a day they're just gone, they just fall out.  Especially overnight, I can't keep anything on my head as I sleep, it just comes off unless I tie fabric around my head so tight that it gives me a headache, which is just not conducive to a good night's sleep.

I think that one of the problems is I've always had very oily hair.  I switched to Dr. Bronners a couple years ago, and that's helped, I can go three or four days without it getting too greasy, as long as I don't touch it much.  No-poo didn't work out much, it got funky and greasy, but ACV rinses every other day helped too.
And of course with the oily hair, manhandling it makes it worse, even if I'm washing my hands after every other dread and constantly wiping them on a dry towel.
The dreads that were my "first" done, right after washing with dish detergent and a vinegar rinse and air drying, are the ones holding the best.

So I had to wash my hair, to even keep trying to get these sections of hair to dread up, backcombing was not even working, my hair had gotten so oily.

And of course, even trying to only wash scalp a bit on the parts where the dreads were coming along, and overall handling it as little as possible and being gentle, about half the good dreading up dreads fell out last night.

But it's okay.  It's going to happen.  Just gotta keep it up, have the patience, it'll happen.  BUT DANGIT I was hoping for some "ooooo, look at my week old dreads" pictures instead of "oh look, a big ugly mess of half dreaded hair" pictures.

Any advice would be helpful, but really this post is more about venting to people who'd understand a bit!  Thanks for listening!

I have been growing these things for about 10 years, but I have cut about 3 or more years from them out of "shear" insanity.

but I have some photos that I have been taking as I dabble, notice how the locks on one side are much longer than the other... not sure why, but I have no plans to do any more cutting.

enjoy, this is one of the few that had decent lighting and showed some hair! 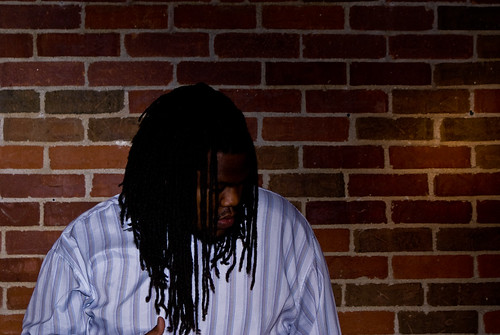 My deep-cleaning stained my sink brown with hair dye >.<

Went on another walk today with dogs and boy, ( Collapse )

So, I cut all but 13 off. So far I'm leaving them all for a while unless I get tired of them or something crazy, but the reason I cut them off was cos they were so damaged and these ones are pretty healthy still so they stay.

My neighbor has yet to send me the pictures of the chopping of them, but I just wanted to throw out a few pics of what it looks like now.