I posted a few days ago and I mentioned my boyfriend, who also has a few dreads. He had a tuft of hair that was very long growing out of the crown of his head, and a side rat tail. I just kept rubbing the hair against his head and eventually, it all dreaded and now they (especially the "top" dreads") are seemingly more developed and tighter than mine. Damn him. I don't think he even realized I was giving him dreads for the first few weeks until they were all of a sudden there. He's had them for a little over a year now. About five months younger than my set.

The hubby has been waiting for enough length to dread, finally took care of it on Monday:

So, the photos from the text only post from last month... Thanksgiving weekend, if I recall correctly. They should also all be viewable now. If not, please let me know and I'll kick my settings more, but they should all be public now.

Anyway, on to the ( Collapse )
Enjoy.

Today we had our first snow! See?? 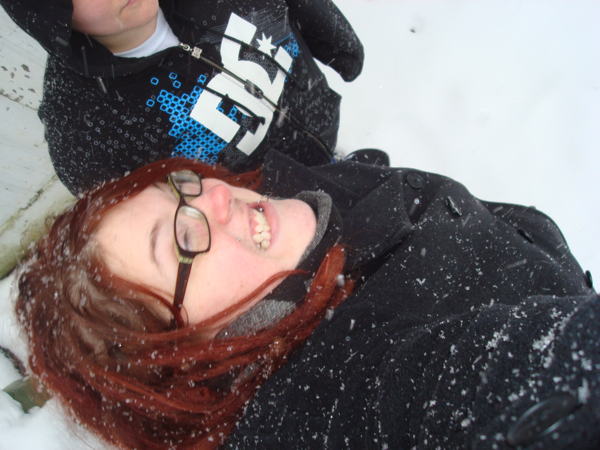 And here are some more from today and a couple days ago, as well.
( Collapse )

oh hi! i've recently been rocking the Random-Assed Dread Bun made by just wrapping & wrapping until i have something i can throw a hairband around.