Ok, I have a wonderful sweet little cat named Cake.
This is Cake:

She loves to attack string and yarn 24/7. Normally, it would not be much of an issue, except that my hair looks like string and yarn. lol. I work from home, and unless I'm wearing it up or in a hat/hood, she's trying to find ways to attack it. She's pretty sly about it and sneaks up on me from behind when I'm at my desk chair (there's a table near me), on the couch, or attacks my hair when I'm asleep. lol. It doesn't hurt me unless she gets her claw stuck, but there are two big things in particular that I don't like about it.

1) Her claws. The ends of my hair are pretty loose right now, so it doesn't take much to extricate her paws from them, but sometimes she attacks the parts that are locking already. I'm afraid of her basically being a little clawed comb pulling out hair from what locks I do have so far and ruining the natural progress.
2) She likes to bite them too. When I can't wash them right away, me and Febreeze are good friends. I don't want little fishy kitty breath dreads. Yuck.

I also don't want this to become a habit for her. She was a stray that we adopted in June, and she's still pretty young and very playful. She's also very quick to learn things, and I think if I can get her to stop now, it'll be better than later. A friend of mine suggested Bitter Apple, but I hate the smell of that stuff. I'm wondering if it would hurt my dreads to put a little spritz of perfume on the ends, as I found out by accident (I licked some rogue Cool Whip off my finger, forgetting that I put on perfume just a bit before that) tastes super nasty. :P Anyways, I have a bunch of BPAL (Black Phoenix Alchemy Lab) scents and testers, and know there are a few she likes, and a few she's offended by and a few she's indifferent to. I was thinking of picking one she's indifferent to (that I can still stand in my hair and don't clash w/ my 'everyday' BPAL scent), and mixing it (with water?) in a tiny air spritzer and putting it on the ends of my hair after it's dry.

Has anyone tried this? Even either just for the scent or done something similar to keep pets from your hair? I hope this isn't a lost cause.

Edited to add: I wanted to make sure I didn't put anything in my hair that could make my cat sick, so I looked up deterrents again to see if there was something besides the Bitter Apple spray, and lo and behold, there's a Bitter Cherry spray that's safe to use with cats! I'm going to try and pick some up this weekend, and I will definitely update once I do (or if I end up getting something different) and once I get a chance to see if it works or not. I did also find out that Tea Tree oil is toxic to cats (actually a *lot* of things are toxic to cats, go figure), and I know a lot of people use that on their hair...so just a little fyi if your cat chews on your hair and you use that regularly. :)

At home with the flu and ran accross this photo.  Made me feel a little better so I thought I would share :o)

Just a photo of my boyfriends tail <3 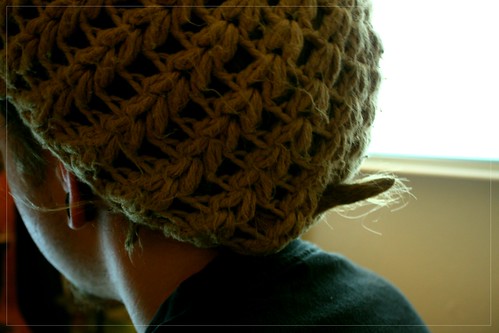 Do you think its alright to spray that fake dye that comes in a can in my hair for halloween (I am going to be the Joker)? I can't remember ever using it before and so I don't know if its easily washed out... I barely ever post and now I have two in one day!  I got married in August and this is what I did with my hair...
( Collapse )
Collapse