As promised, here are the pictures of my friend Chris, whose dreads I created on friday night :)

I used the backcombing method. But it was little more difficult because his hair is perfect and not split except the ends, so  the backcombing was very hard work! It took 5 and a half hours altogether, but we're both very pleased with the outcome!


hello mister frizz! The Before picture.

Before we tidied the ends...he wanted them rounded not natural, but I did that later... this is about an hour after I started.

He has sideburns that tried to join his dreads, it was quite the tricky one to tackle :P

About 3 hours...the ends were quite fat, but when I finished and re-rolled they were cool.
The dog is called Zu-Zu. She likes to eat everything.

And, of course, the finished result!! 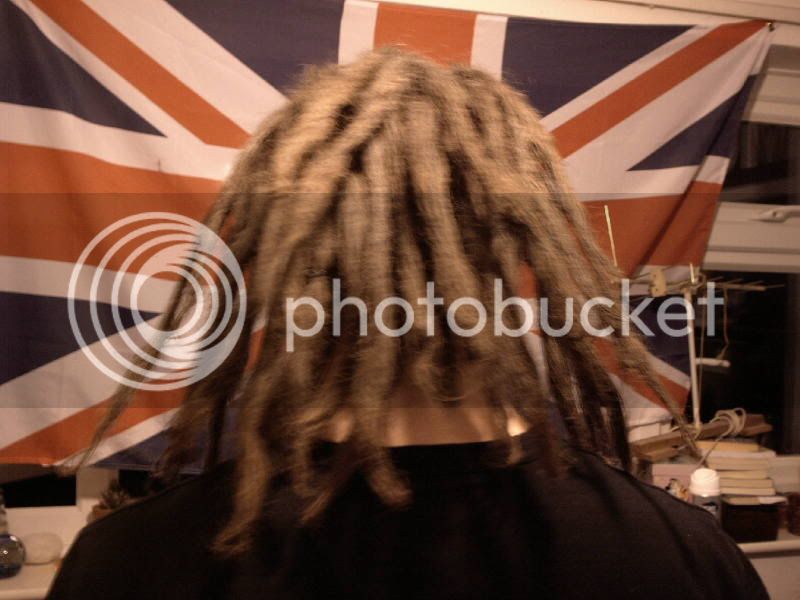 His hair was all different lengths, so all his dreads are different sizes, but thats cool with him.

They're a bit sticky out, but his hair was so curly that even his dreads had bounce in them!!

What do you think? Not bad for my first go??