Hello! My name is Imke and I am from the Netherlands
I have my dreads for some longer than two years now
While searching for photos to make a timeline I found a lot
and as a result I have a hell of a lot of photos to share! 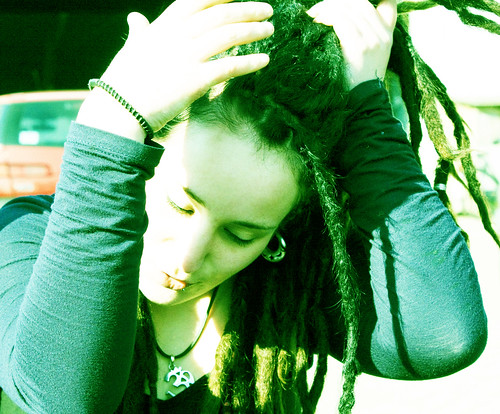 This was my hair before dreads! ;)

I had dreads when I was 14, for little les than a year and 'accidently' cut them off in a festival..  I won that stupid bet, only when waking up crying the next day I realised how I loved those dreads!

Then I had all kinds of strange hairdos..

Then I was tired of short hair so I tried to let it grow..

..made one pathetic dread because I wanted them back!

..and used fake hair for some time..

..in the meanwhile my hair had grooown..

...and then, finally, TIME FOR DREADLOCKS!

And I was very happy I could hide it!

I exchanged a dread!

and I dreaded my bangs

..then cut both sides and extended some with the ones I cut

(if you want to see lots of beautiful people and dready pictures, go check the Boom Festival flickr account!)

February 2009 * (it's nice to have some normal hair to make braids with and to xperiment to keep away from cutting dreads..) 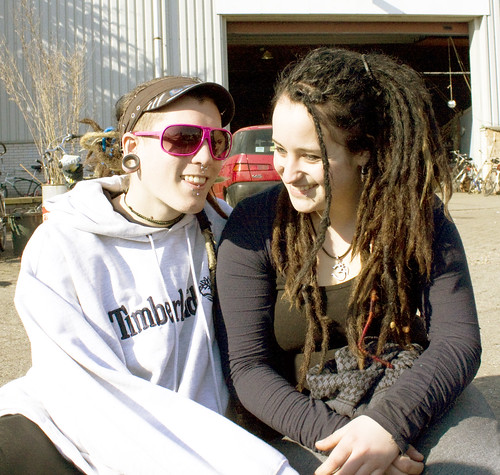 
Thank you for watching and sharing!!